Blog: All in a Day’s Work: Axe Throwing, Lighting Fires and Raft Making 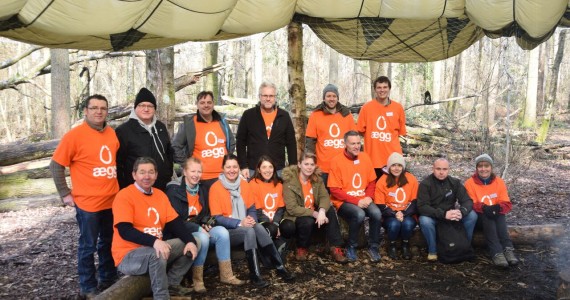 Overview: Aegg asked Mathew Lawrence, one of our maintenance engineers at our soon-to-be-launched manufacturing facility in Suffolk, to write a blog on the recent teambuilding day in Dorset. Here are Mat’s thoughts on the day...

What I was hoping to get out of the day:

Being based in our new factory in Suffolk, I have spoken to many of the Aegg HQ team over the phone, although I haven’t met many in person. So I was really looking forward to meeting the team and getting to know them better...

When we arrived at the Purbecks forest camp in the morning, we were warmly greeted by the Land & Wave team and taken to the lovely pre-set wooded area.

We were divided into two teams for the day and given the task of lighting the best fire, using any of the 5 bushcraft techniques the instructors taught us.

Immediately, the team set to work, delegating, managing, foraging and coming up with a great fire (which then allowed us to toast marshmallows!).

Then it was time for task 2: the axe throwing challenge!

Our two teams competed to throw the most axes into the wooden target, encouraging lots of team spirit, competitiveness and banter.

After a well-deserved hot lunch, we were taken to Swanage beach, where we first had to create a structure off the ground using poles and ropes.

When our team was told that our structure was ‘illegal’ because it wasn’t far enough off the ground, it was really good to see how quickly (and with no fuss or quibbles) our team adapted to create a better structure - and beat the other team too!

Then it was time to build a raft using ropes, poles and barrels with the challenge of time pressure against a deadline, much like completing a task at the factory within a set deadline.

This challenge was my favourite as no-one in either team had done this before, so we were all coming from this with a clean slate. It was great to see all the team helping each other to tie the correct type of knots that we had been shown by the instructor – there was great teamwork and I noticed how the challenge brought out new traits I had not seen before in my colleagues!

Jamie (MD) and Anthony (owner) wanted to give others the chance to be in charge, so it was really good to see some of the team who wouldn’t necessarily take charge in the business environment now leading the groups.

Both teams built sturdy rafts, which we then raced in the (very cold!) sea at Swanage. I’m glad to say that our team won the raft-building challenge as we dismantled the raft after the race the quickest, although others think this decision is a little controversial!

I learnt that if some of the team members are quieter, it doesn’t necessarily mean that they don’t want to have input in a challenge – they may just need a little prompting. One of the quieter members of the team came up with ideas from a different angle that actually helped us create a better raft.

Also, being with colleagues in an out-of-work environment made it easier to get to know them better and chat about things other than work – an aspect that we wouldn’t otherwise necessarily get to do.

Were my hopes met? Yes – I certainly got to know everyone better – not just the team at HQ, but my factory work colleagues, too.

I also enjoyed making more connections with some of the HQ team where our work paths wouldn’t necessarily cross.

Would I recommend a teambuilding day to other companies?

Definitely. I had an absolutely brilliant day – I didn’t want it to end!

The challenges were brilliant as teambuilding exercises and the adventure company, Land & Wave were unfaultable.

They are so helpful and knowledgeable and their facilities are lovely. They became part of the team as soon as we arrived! I’m hoping we can go on another teambuilding day, trying out some other challenges next time, such as coasteering! 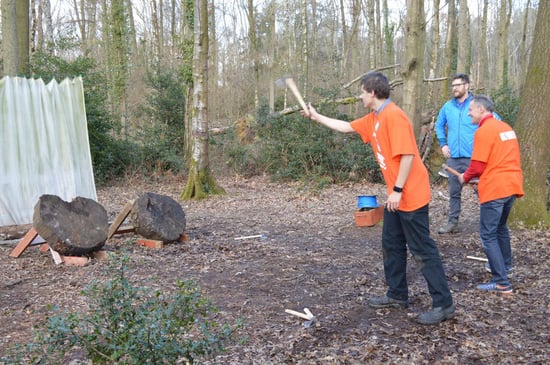 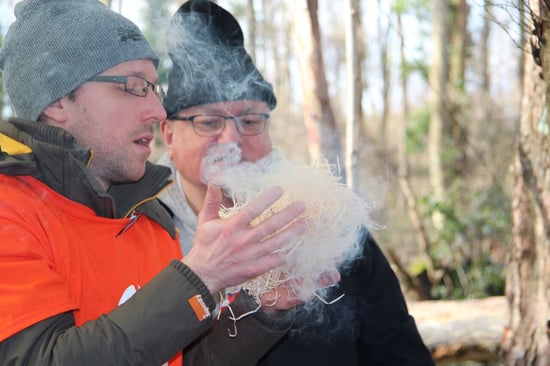 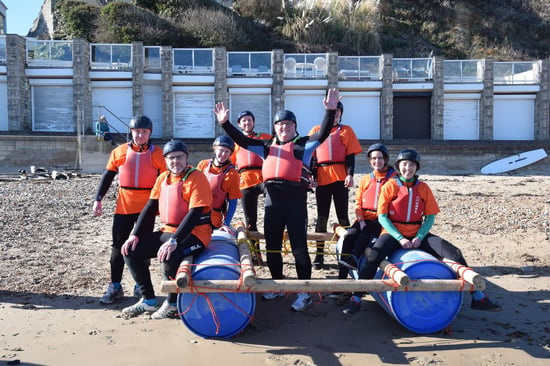 Who won the race? 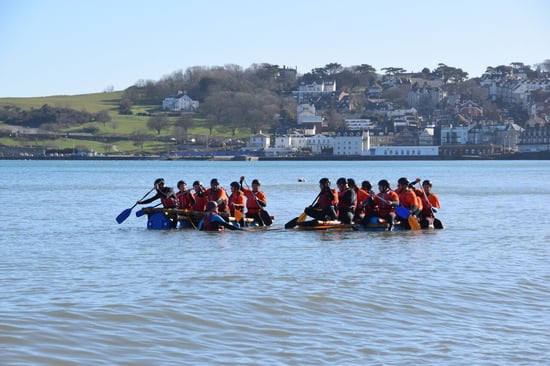 The end of a wonderful day!

To View a video from the day, click here 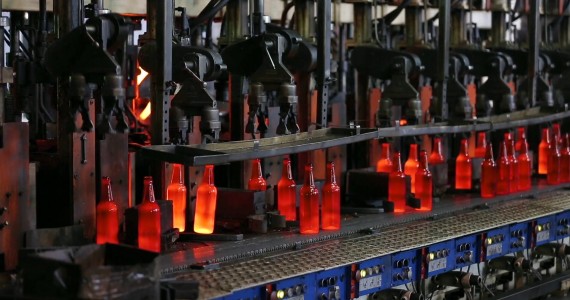 As Aegg’s PR consultant, I was invited to attend Aegg’s company briefing at its HQ in Andover, where members from the senior management team updated staff on how the company is doing in relation to its glass and plastic packaging supplies to the food and drink markets. 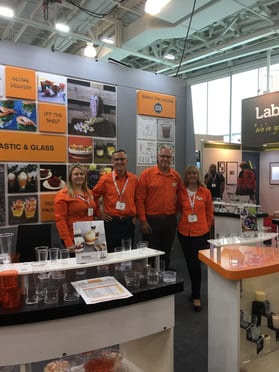 As the man in charge of ‘stuff’ here at Aegg, I’ve been asked to write a blog on how to construct a stand at a trade show.